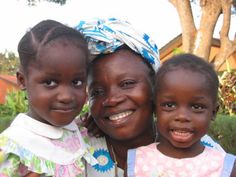 The tiny country of Equatorial Guinea has seen one of the most dramatic improvements in maternal health over the last decades. While the maternal mortality ratio was one of the highest in the world in 1990 at 1200/100,000 live births, the nation has managed to lower this figure to just 240 deaths, well below their MDG target. Equatorial Guinea is one of only seven countries in the world on track to reach its MDG 5 goal. Skilled attendance at birth has risen from just 5% in 1994 to 65% in 2000, while antenatal coverage has jumped from just 3 in 10 women receiving care to nearly 9 in 10 ((“Countdown to 2015: Maternal, Newborn and Child Survival” 2012)).

The improvements for women in Equatorial Guinea are due to concerted efforts of both government and private-sector health providers to improve the quality of care in facilities. In addition, the state’s National Plan of Action for Children and Women (1992-2000) worked to not only boost women’s access to family planning services, pre-natal care, and skilled delivery, but also engaged in a wide-scale training programme of health personnel to ensure there is at least one skilled midwife per village ((UN, “Convention on the Rights of the Child,” 2003)). Health education campaigns helped increase awareness of the improved health services, resulting in greater uptake of facility-based care. The government was careful to tackle the problem of severe maternal mortality from multiple angles: not only did access to care need to improve, but the services themselves needed considerable infrastructural refurbishment to ensure that women who come to facilities are able to be treated and cared for.

While needless maternal deaths still occur, the remarkably rapid improvement in maternal health in Equatorial Guinea will hopefully continue its trajectory over the next year, bringing the rate of mortality to zero. Equatorial Guinea is now approaching a maternal mortality rate equal to were most other developing countries were about two decades ago. We hope that their program will continue to yield rapidly improving rates.

Continued monitoring of maternal health in Equatorial Guinea is advised to ensure that further reductions do not diminish, as has been a common experience in many other developing nations. As countries approach less than 100 deaths per 100,000 births the number of factors contributing to maternal health become more complicated and national plans to address these developments must adapt to fit the needs of the mothers.