THE BAHAMAS: Maternal Mortality and Access to Reproductive Health Services 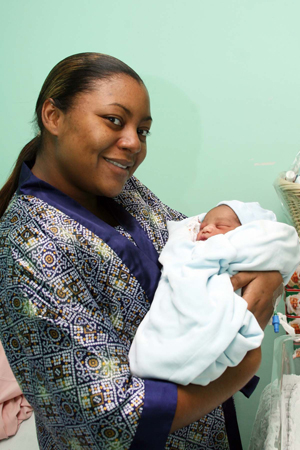 Photo courtesy of The Bahamas Weekly

Government efforts to improve women’s access to a full range of reproductive health services directly contribute to the decline of maternal mortality.

Women in The Bahamas have equal access to the health care system, receiving antenatal and postnatal reproductive health services free of charge in all government clinics, including routine iron, folic acid and multivitamin supplements. Additionally, the government has implemented extended clinic hours in order to accommodate women who can only access services in the evening. The government endeavors to increase women’s access to other reproductive health services, employing a full-time family planning coordinator to oversee family planning in all government clinics. The clinics offer a variety of family planning methods and physical exams such as pap smears, sexually transmitted infections screenings and breast exams4.

Moreover, the government focuses several programs on teenage mothers, providing them with comprehensive educational and vocational training services and spiritual and emotional support in addition to maternal health care services5. Besides directly addressing women’s health needs, the Bahamian government seeks to address them indirectly, through the help of men. Their innovative Male Health Initiative, a component within the Maternal and Child Health Unit of the Ministry of Health, encourages men to not only take responsibility for their reproductive health, but also to support their partners and play an active role in their children’s health6.

Notwithstanding the country’s achievements regarding maternal health, undernourishment in expectant mothers remains a problem as does maternal health care for HIV-positive women7. New cases of HIV infection continue to increase, especially among women of childbearing age. This results not only in an increase in infants born with HIV infections, but also an increase in deaths of HIV-infected women, who are often the primary caregivers in a household8. To mitigate these risks and control the high occurrence of HIV, the government treats pregnant women with anti-viral drugs, free of cost9. Although significant challenges remain, the Bahamian government’s efforts to improve women’s access to reproductive health services are commendable.