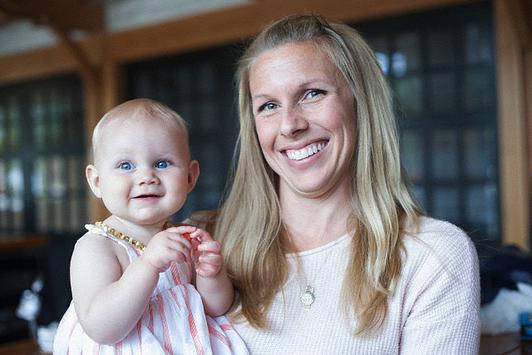 Maternal death has long been in decline thanks to the complementary roles of midwives and doctors.

Sweden’s extensive and well-functioning prenatal health services undeniably contribute to its low rate of maternal death—one of the lowest in the world. As of 2013, Sweden had an estimated 4 maternal deaths per 100,000 live births, down from an already low 6 deaths per 100,000 live births in the early 1990s. According to 2010 estimates, the lifetime risk of a Swedish woman dying from maternal causes is approximately 1 in 14,000. Not only have Sweden’s maternal mortality rates continued to decrease, but they have done so in spite of a rise in the general fertility rate since 20001.

The Swedish Association of Midwives recently celebrated its 125th anniversary as a professional organization and over 300 years of midwife training2. Such a long history of trained professional midwives, combined with improved obstetric care, has aided the decline of maternal death over that past two centuries. Moreover, Sweden’s national health strategy includes giving midwives and doctors complementary roles in maternity care and equal involvement in setting public health policy, which has resulted in a tradition of significant contributions in maternal care3.

County councils in Sweden run a nationwide network of prenatal and pediatric care clinics, which offer health care, training and advice to new parents. Maternity care clinics provide health care to all expectant mothers, and pediatric care centers offer health care to children and mothers postpartum, all free of charge. During pregnancy, the clinics monitor expectant mothers to ensure that there are no complications and provide training to first-time parents, aimed at promoting children’s health. The ongoing work of these clinics has significantly improved the health of new mothers and new babies4. As of 1997, Sweden’s county councils are also responsible for providing asylum seekers with maternity and obstetric care along with emergency and other types of health care that cannot be deferred5.

Because Sweden has advanced so exceptionally in terms of maternal and infant health, the country is able to share its best practices and focus its advocacy efforts elsewhere around the world. The 2005 Statement of Government Policy emphasizes that women’s rights to sexual and reproductive health are high priorities within Sweden’s international development assistance framework. The policy provides the foundation for Sweden’s international programs and funding, encompassing a number of interconnected issues including maternity and neonatal care, gender equality, sex education, the right to contraception and safe abortion, and efforts to combat HIV/AIDS as well as prostitution and sex trafficking6.