Public Art is an accessible form of communication that can transcend the limitations of language and culture. 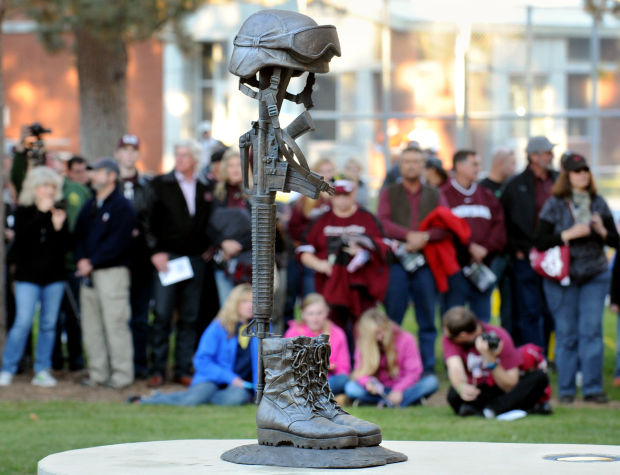 When we erect memorials for fallen soldiers, hold parades or invest in veterans’ health care services, do we ever question the allocation of these resources? Not really. These are considered appropriate gestures for the public sacrifice that the soldiers made on behalf of their communities. And why is that? Because public art is a symbol of our cultural values.

What we discuss in public settings is more likely to obtain the attention and critical funds needed to make a difference. Right now, maternal mortality remains hidden within the private sphere, beyond the view of public consciousness. Public art is one way to raise our collective awareness and encourage us to act!

Some may justifiably ask if there is any precedent showing improvement based on shifting the conversation from the private to the public sphere. The answer is yes. One example is breast cancer. Up until the 1970s breast cancer (among other types of cancer) was highly stigmatized and considered a private affair. This private stigma prevented women (primarily) from being able to seek the resources they needed to address the problems and severely limited the number of resources dedicated towards addressing breast cancer risks. As advocacy organizations pushed to move the discussion of breast cancer into the public sphere, several important changes happened. Public advocacy for screening was introduced and those affected by breast cancer were no longer isolated in private. Their voices could be united and become stronger, catalyzing a national debate about where resources should be committed for research and about governmental action to address the problem. For instance, breast cancer research has identified several environmental toxins that could be better regulated/eliminated in order to reduce the overall breast cancer rate. Furthermore, by bringing the breast cancer discussion into the public sphere an important psychological healing could also take place. The results have been a significant reduction in breast cancer fatalities, even while diagnosed rates have been on the rise. None of this would have been possible had breast cancer remained a hidden and private affair.

Do We Really Need a Monument?

Questioning the worth of building public art to remember our fallen mothers is evidence, indeed, that such a memorial is actually needed. As a society, we still do not acknowledge the magnitude of these losses publicly, which is evidence that we value certain types of lives–and losses–more than others. These unspoken limitations on what we can publicly address end up limiting open and honest communication in the public sphere about how we can actively address the problem.

If we embrace the need to move the conversation into the public sphere, then we can ask the same question–“Why art?”–from a different perspective1. What is it about art that will help improve the conditions of women and their communities around the world? From our perspective, art gives us the power to shape our world. Images transcend geographic and cultural barriers in ways that words cannot. By facilitating dialogue through multiple artistic mediums, communities around the world will be able to participate in a broad conversation that might otherwise be limited–and less transferable–from one culture to the next. By confronting our assumptions about what is valuable in the public sphere, we can begin to ask deeper questions about what is valuable to society and how we should support it as a community.

Infographic: Why a Monument?

Get a copy of this infographic