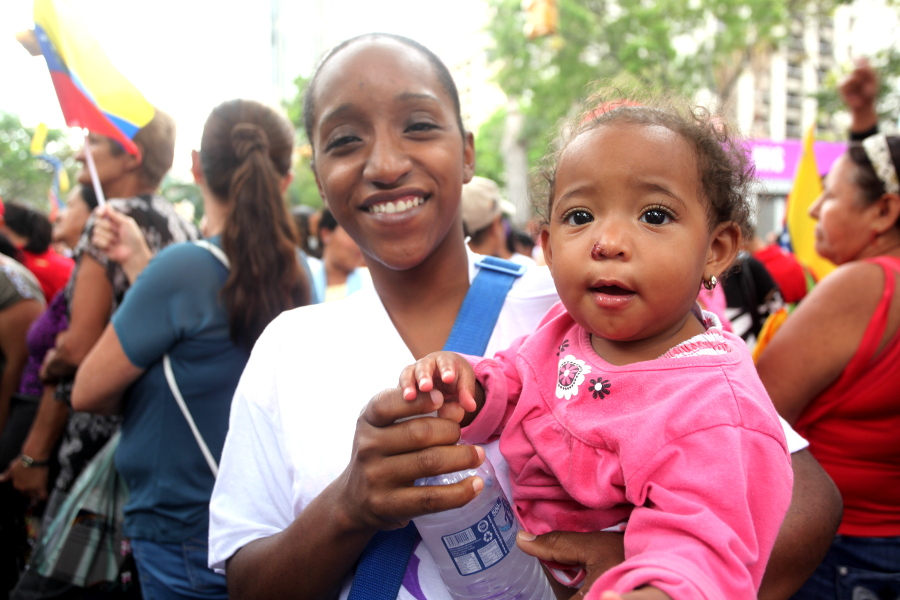 Maternal mortality in Venezuela has stagnated for the past two decades and the country’s maternal health programs lack stability because they rely heavily on the oil industry.

Although maternal mortality was far lower in Venezuela than the rest of Latin America in the 1990s, Venezuela’s maternal mortality ratio has hardly changed since then. In contrast to a steady decline in the regional ratio—which reached below that of Venezuela by 2005—and despite a decrease in Venezuela’s fertility rate, there were 92 maternal deaths in Venezuela in 2010 compared to 94 maternal deaths in 1990. That is, although Venezuelan women are bearing fewer children now compared to the 1990s, the same numbers of women are still dying due to childbirth related causes ((UN Maternal Mortality Estimation Inter-agency Group, Trends in Maternal Mortality: 1990 to 2013 (Geneva 2014) pp. 31-43.)). This is also surprising considering the country’s success in improving the infant mortality rate, which is now significantly better than the regional average ((The World Bank, Country: Venezuela, Indicator: Infant Mortality, World Development Indicators Databank (accessed 23 May 2015).)).

Venezuela is one of the top oil-producing countries in the world, but more than 25% of its citizens live below the poverty line ((The World Bank, Country: Venezuela, Indicator: Poverty Headcount Ratio at National Poverty Lines, World Development Indicators Databank (accessed 23 May 2015).)). It is also among the most highly urbanized countries in the region, with rampant violent crime and deep socioeconomic divisions giving rise to political polarization and civil unrest. Venezuela uses its oil export revenues to fund huge social programs, but because its rulers have tied Venezuela’s economy to world oil prices, price booms and busts affect the economy—including the social programs—accordingly. Declining oil prices in recent years have triggered a severe economic recession, and the social programs funded by oil revenues are also suffering as a result ((BBC Monitoring, “Venezuela country profile-Overview,” BBC News, 11 March 2015 (accessed 23 May 2015).)).

Additionally, Venezuela trades oil to Cuba in exchange for Cuban doctors to live and practice in Venezuela. Some praise the so-called oil-for-doctors agreement as a concrete improvement to the health care system while others protest it, but either way, a recent exodus of Cuban doctors from Venezuela is worrying. For instance, between September 2013 and November 2014, around 700 Cuban medical professionals abandoned their stations in Venezuela—up from 300 in the previous year. Some are fleeing Venezuela’s economic recession or violent attacks from those who oppose the current political regime, and others report they are escaping coercion by Cuban authorities to work in Venezuela’s poorest and most insecure neighborhoods without adequate protection or money ((Brianna Lee, “Cuban doctors flee Venezuela with the help of U.S. parole program,” International Business Times, 17 November 2014 (accessed 23 May 2015).)) ((Associated Press, “Use of Cuban doctors in Venezuela stirs controversy,” NBC News, 16 April 2014 (accessed 23 May 2015).)). Whatever their reasons, the mass departure of doctors from Venezuela is indeed a troubling scenario for expectant mothers. 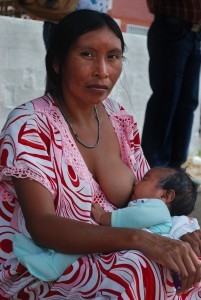 The three main causes of death among pregnant women in Venezuela include hemorrhagic disorders, high blood pressure and infections—all of which are preventable with the proper medical interventions. Risk factors underlying such conditions are also avoidable, including anemia, malnutrition and pregnancy at extreme ages (i.e. less than 20 years of age or more than 40). Less than 40% of pregnant Venezuelan women receive prenatal care, compared to an average of 50% in Latin America. Teenage pregnancy is also worrying, as it affects a significant number of young people: approximately 25% of future mothers in Venezuela are adolescent ((Maye Albornoz, translated by Álix Hernández, “Maternal mortality can be prevented,” El Universal, 7 May 2012 (accessed 23 May 2015).)). Abortion is another main cause of maternal death as, owing to its illegality and the lack of adequate access to family planning services, Venezuelan women are increasingly seeking clandestine abortions ((Committee on the Elimination of Discrimination Against Women, Consideration of Reports Submitted by States Parties Under Article 18 of the Convention on the Elimination of All Forms of Discrimination Against Women, Combined fourth, fifth and sixth periodic reports of States parties: Venezuela, U.N. Doc. CEDAW/C/VEN/4-6 (2004), p. 40.)). Furthermore, the incidence of HIV is rising among young people (ages 15-25) and among women, which understandably puts a strain on maternal health ((UNICEF, “At a glance: Venezuela, The Bolivarian Republic of,” Information by country and program (accessed 23 May 2015).)).

The government has shown its support for maternal health in several ways, including the 2012 Labor Law, which grants women just over six months of paid maternity leave—the third longest paid maternity leave in the world after Canada and Norway. Additionally, the law requires employers to provide new mothers with job security and facilities for childcare and nursing ((Z.C. Dutka, “UN women’s conference in Geneva highlights Venezuela’s efforts toward gender equality,” Venezuelanalysis.com, 22 October 2014 (accessed 23 May 2015).)). The government has also prioritized the implementation of programs called missions that focus on social mobilization and reducing disparities. A number of missions aim to improve maternal and infant mortality rates, giving aid to women in extreme poverty, single mothers, and pregnant women. For example, the government created Mission Baby Jesus in 2009 to improve hospital infrastructure for childbirth, make medicine more available, provide health education for pregnant women and build special prenatal care houses. It included objectives to reduce maternal mortality, encourage breastfeeding and promote better nutrition for women of childbearing ages ((Tamara Pearson, “New Venezuelan mission aims to lower maternal and infant mortality rates,” Venezuelanalysis.com, 24 December 2009 (accessed 23 May 2015).)). Project Life is another government undertaking that aims to reduce maternal deaths by improving health care coverage and quality. Some of the project’s provisions include iron and folic acid supplements for pregnant women, HIV screenings, treatment of sexually transmitted infections, prenatal monitoring and family planning services ((Committee on the Elimination of Discrimination Against Women, Consideration of Reports Submitted by States Parties Under Article 18 of the Convention on the Elimination of All Forms of Discrimination Against Women, Combined fourth, fifth and sixth periodic reports of States parties: Venezuela, U.N. Doc. CEDAW/C/VEN/4-6 (2004), pp. 36-37.)).

With the proper political support and funding, such efforts could significantly decrease maternal mortality in Venezuela. However, despite the government’s sincere advocacy for maternal health, dependence on the oil industry with its inherent price fluctuations will likely prove a rough road to success. As the country struggles with high inflation, shortages of basic goods, political polarization and the flight of medical professionals, social missions designed to improve maternal health will understandably find it difficult to achieve their goals.